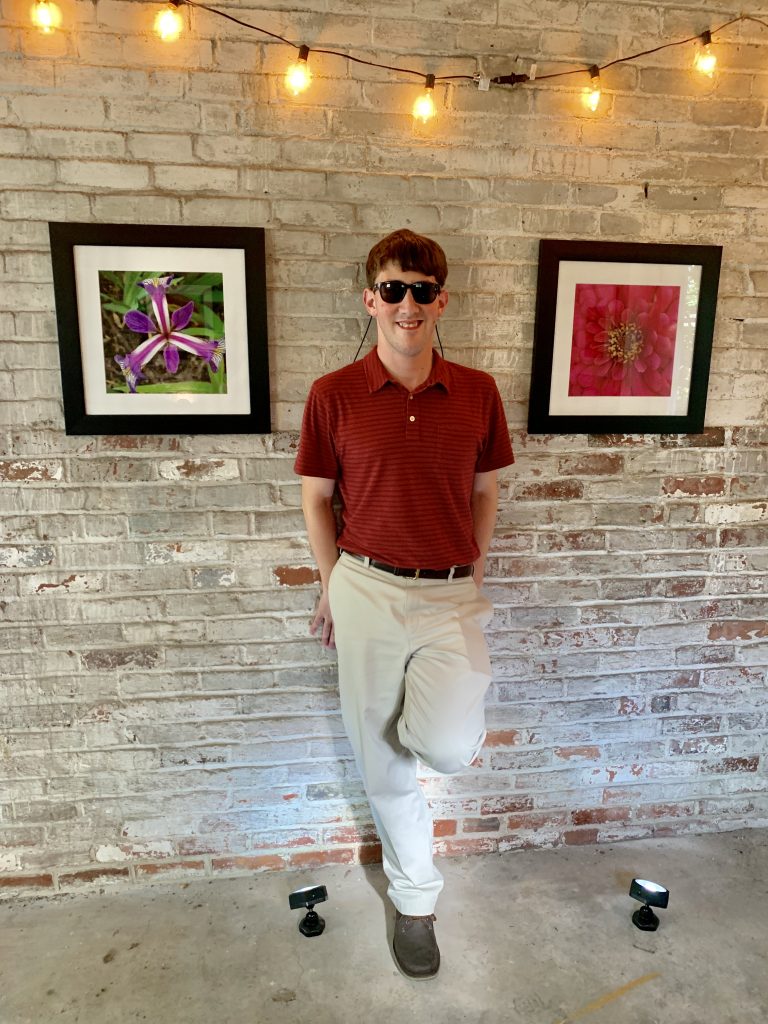 William “Billy” Mitchell has been an avid photographer since he was given his first camera at age seven. A native of Cambridge, Massachusetts, Billy graduated from the Learning Prep School in 2017. The first formal showing of his photographs was at Cambridge Open Studios in 2019.

Born with Fragile X syndrome, Billy’s communication skills were initially limited, but through his photography he could share both his incredible perceptive skills and his extraordinary eye for detail. This early talent has grown as he has matured over the years and he continues to refine and expand his work.

His photographs capture flowers throughout New England, scenes of sun and sky on the Outer Cape, and travel photographs ranging from Wilmington, Delaware to Melbourne, Australia. Billy remains fascinated by texture and details, particularly of flowers, plants and objects, but he is also captivated by landscapes and the changing light of sunsets.

Many of his photographs are of the details of everyday life that others might miss. This has been poignantly captured in a series of recent photos taken during the pandemic — where he has photographed the majesty of the ocean and skies of Truro, and the brilliant details of flowers and objects, seeing the beauty through the chaos of these times.

All of Billy’s photographs are taken on his iPhone and, remarkably, almost always are captured in a single frame.

Growth of an Artist: A Photo Diary